Atlanta Jazz Festival is regarded as one of United States’ largest free jazz festivals. It is an annual musical showcase that celebrates jazz legends and up-and-coming jazz greats in venues throughout metropolitan Atlanta.

In this Concept Design, the challenge was to create a fresh imagery update in order to attract a bigger crowd for 2016. I wanted to visually dazzle the viewers so I used bright colors for the poster and billboard which would be hard to miss. For the logo I decided to use a silhouette of a saxophone and the City of Atlanta as the keys. I used different sized circles to show the festiveness of the event and at the same time the yellow-orange circle acting like the sun and moon because the events happen both during the daytime and night time. 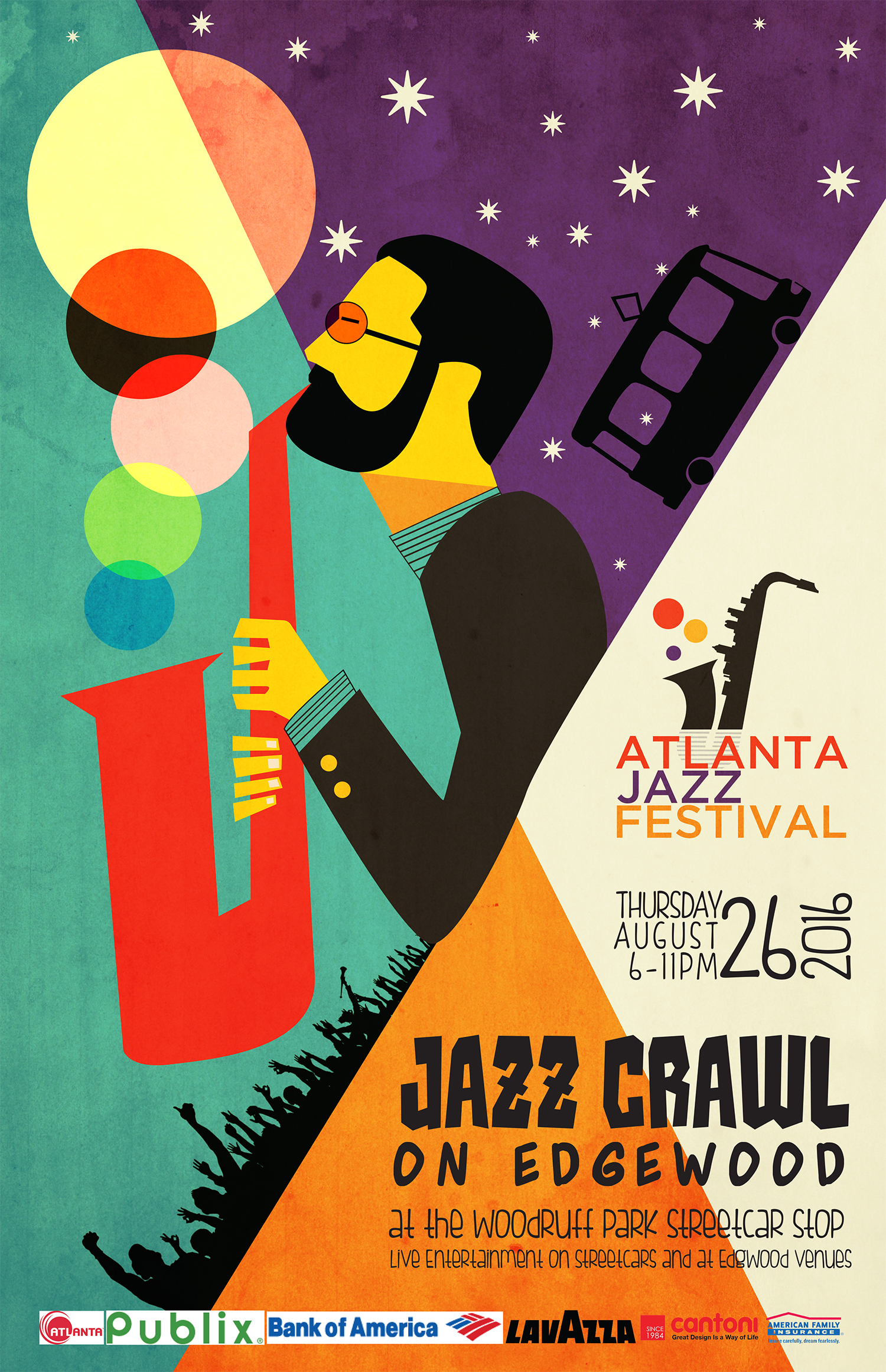 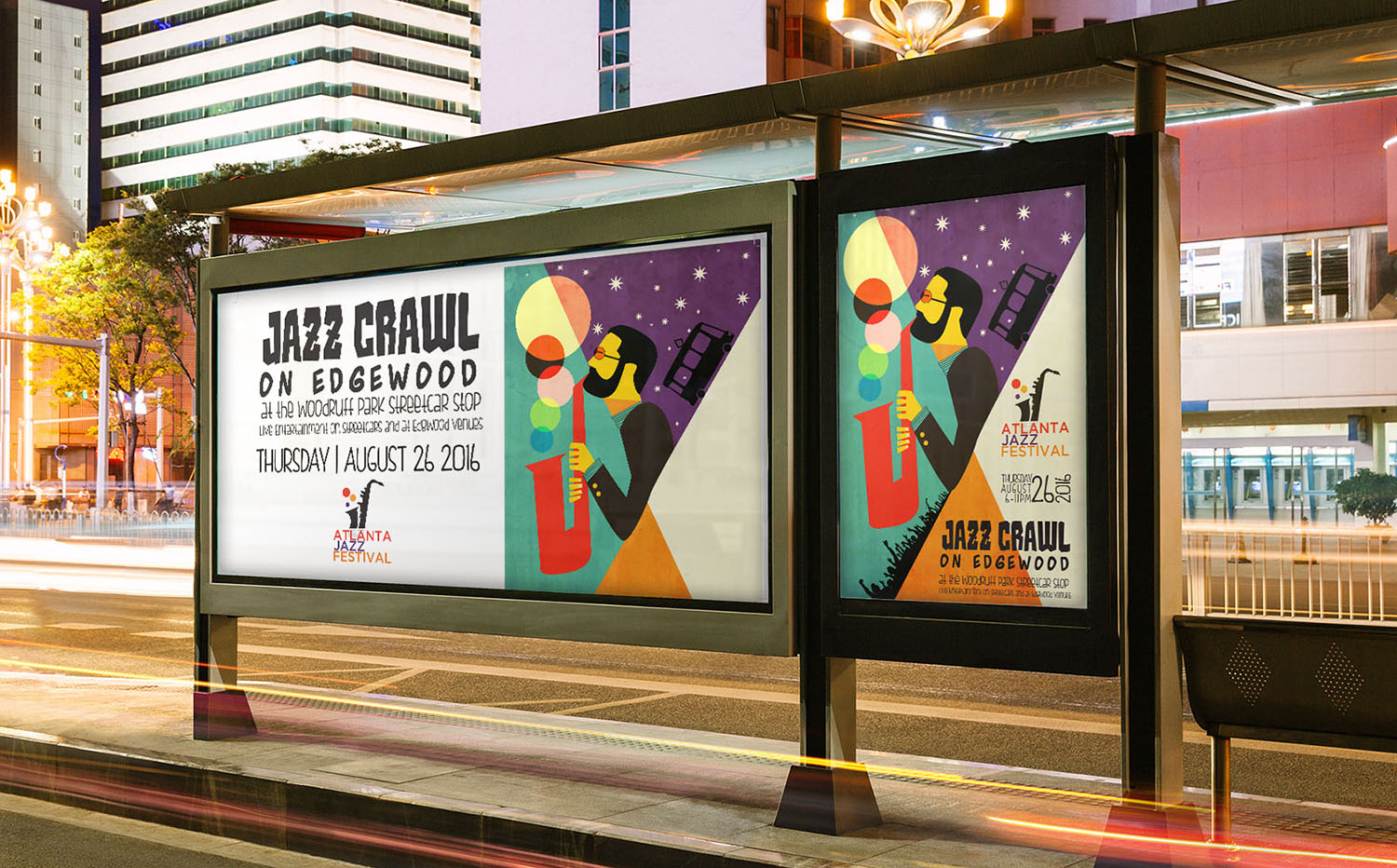